SoliTek is 10. Ready for the new breakthrough! 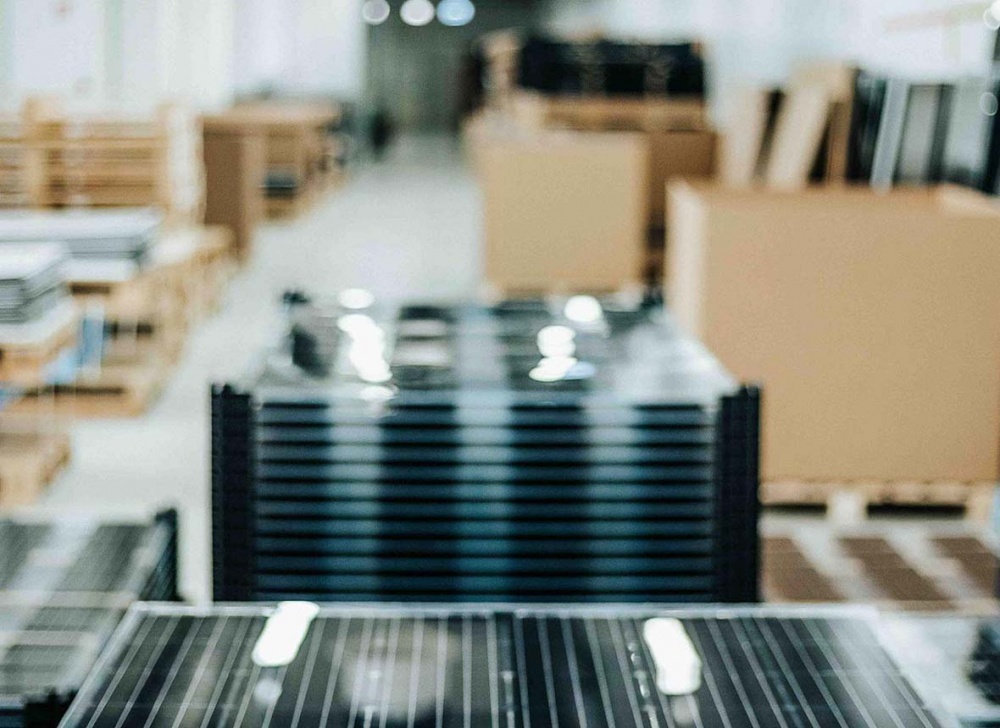 The history of SoliTek, the largest manufacturer of solar panels in Northern Europe, has begun 10 years ago when a group of scientists from the Lithuanian industrial company BOD Group started researching solar cells together with partners in Vilnius. Realizing its immense research and production potential, BOD Group founded a solar technology company that eventually became the leading solar panel manufacturer in the Scandinavian region.

“In the last 5 years in Scandinavian markets we were able to earn the title of Europe’s most trusted solar technology manufacturer. The Scandinavians buy our premium product – glass-glass SOLID Pro solar panels – as hot buns; that’s because both our partners and final consumers realised the impeccable quality, reliability and design of our panels,” says Julius Sakalauskas, director at SoliTek.

In the Netherlands, the most advanced European solar market, SoliTek glass-glass panels are already referred to as “Swedish panels”. The Scandinavian focus on the quality of SoliTek products is not accidental – our products are not only high quality but also produced using renewable energy in Europe’s greenest industrial building (recognised by the German Chamber of Commerce in 2013).

What’s even more important, the panels to Scandinavian customers are delivered partnering with such logistics leaders as Greencarrier, which is rated as one of the greenest logistics companies in Europe.

“One of our possible future partners in Sweden found out that our products were being shipped to Sweden by Greencarrier; this  was enough for them to decide immediately to sign a contract. For the Scandinavians, being “green” is of immense importance at any stage of production, logistics or business. For them, it says a lot about the company itself and decisions are made faster,” says Audrius Remeikis, SoliTek logistics manager.

Continuous innovation in manufacturing is made possible by the strong backing of the BOD Group; in 5 years SoliTek invested in R&D over 5 million EUR. The company is constantly participating in various Horizon 2020 projects, sharing research and manufacturing innovations with leading EU universities and research laboratories Konstanz and Fraunhofer (Germany), Norway’s SINTEF and other.

Only constant investment in R&D enabled the company to manufacture its SOLID Pro product range, that employs specially prepared tempered safety glass (produced in premium German glass foundries), as well as the most efficient solar cells and other components, manufactured in Vilnius solar plant.

“A great attention to detail is a major factor, allowing to manufacture an exceptional product. There can be no mediocrity, either in the production or in the approach to everyday work. We are united by a passion for detail and work, professionalism and big know-how,” says Julius Sakalauskas, SoliTek director.

Glass has unique properties that ensure the longevity of the precious solar cell. Laminated between two thick sheets of premium glass the cell is reliably protected from all external influences. Not unlike the prehistorical insects, captured hundreds of thousands of years ago in a piece of amber, national symbol of Lithuania.

So that’s why SOLID Pro panels can withstand up to 8 m. of snow, the harshest winds and sands of Sahara, salt, sun heat and freezing ice. At least 30 years they will serve reliably by protecting the solar cells inlayed in glass from altering their properties.

“That’s why at least 30 years our customer will get the maximum electrical output from SOLID Pro solar plant –  as promised at the outset. Even the most reliable roofs will not survive undamaged this long”, – says Donatas Černiauskas, SoliTek Installations business director.

The ability of SOLID Pro panels to withstand extreme elements is proven one more time by the ultimate experience of Dakar Rally veteran and national hero Antanas Juknevicius. The last two Dakar competitions Antanas technical support team truck has been powered only by solar power; 2 kW solar power plant installed on Antanas truck was illuminating the workshop at night and powering the repair gear with only the clean electricity. Absorbed from the sun during the hot days of toughest rally in the world.

Celebrating 10 years in business, SoliTek is ready more than ever for a new breakthrough. By the beginning of 2020 the manufacturing base in Vilnius solar center will be doubled, allowing the yearly production of up to 120 MW of glass-glass solar panels. The European quality standard. 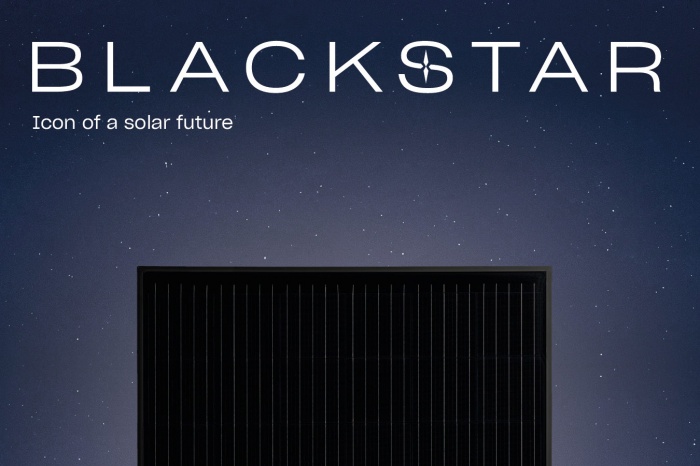 We are introducing our new flagship BLACKSTAR solar panel, that will please even the most refined and demanding customer. At the core of this innovative product lie 3 major elements... 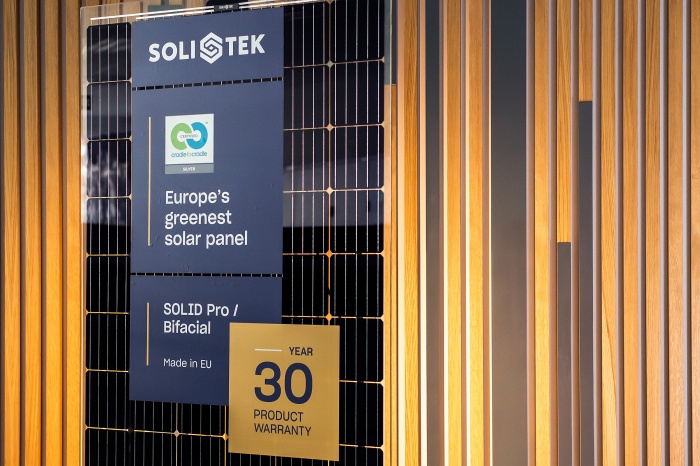 European solar panel manufacturer SoliTek has earned a Silver level Cradle to Cradle Certified™ for its advanced glass-glass SOLID module range. The company embarked on a demanding Cradle to Cradle CertifiedTM process in the beginning of 2020, responding to a growing interest for environmentally sustainable solar panels in Europe, especially Scandinavia and Benelux, the primary SoliTek markets. 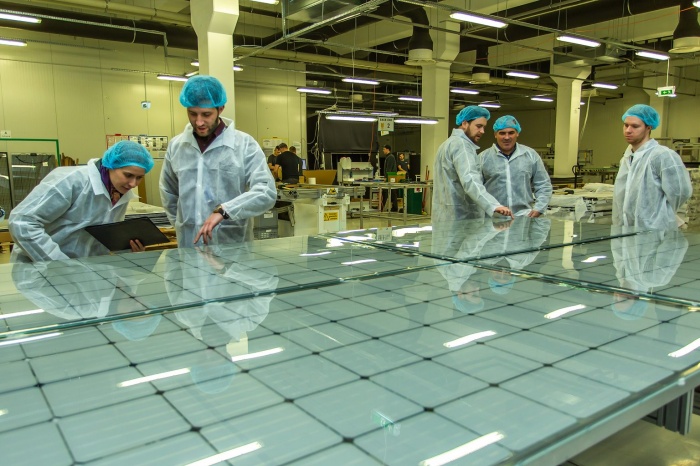 As interest for environmentally sustainable solar panels grows in Europe, SoliTek has embarked on a demanding Cradle to Cradle (C2C) certification process that will approve its Vilnius manufactured glass-glass panels as totally sustainable product, meeting all the requirements of the circular economy. The company expects to complete the certification process in the middle of 2020. 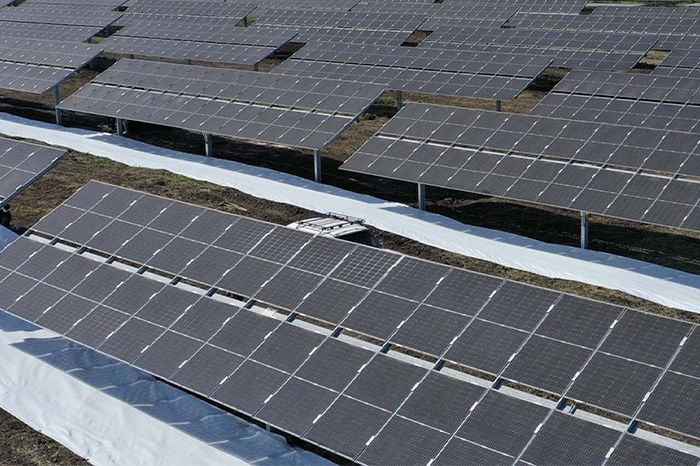 Today SoliTek is the fastest growing solar power plant installer in Lithuania, utilizing the experience gained in module manufacturing to install innovative, durable and highly efficient solar power plants. “The panel is the heart of every power plant. There can be no compromise here, after all, it is an investment for 20-30 years ahead. Quality is paramount,” says Donatas Černiauskas, Head of SoliTek Installations Business. 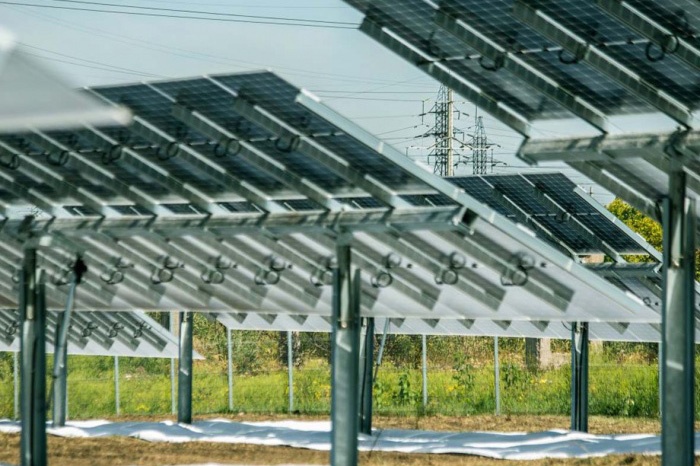 Lithuanian solar technology company SoliTek has opened In Ukraine, Dnieper region, a new generation 2 MW solar power plant, the first of its kind in Europe. Equipped with top of the line bifacial glass-glass solar panels and horizontal single-axis sun tracking system, it will generate up to 40% more electricity than a conventional solar power plant. After piloting this project this year, SoliTek plans to start installing this model in EU markets. The size of investment by Global BOD Group, owner of the SoliTek, is 2.6 million EUR.